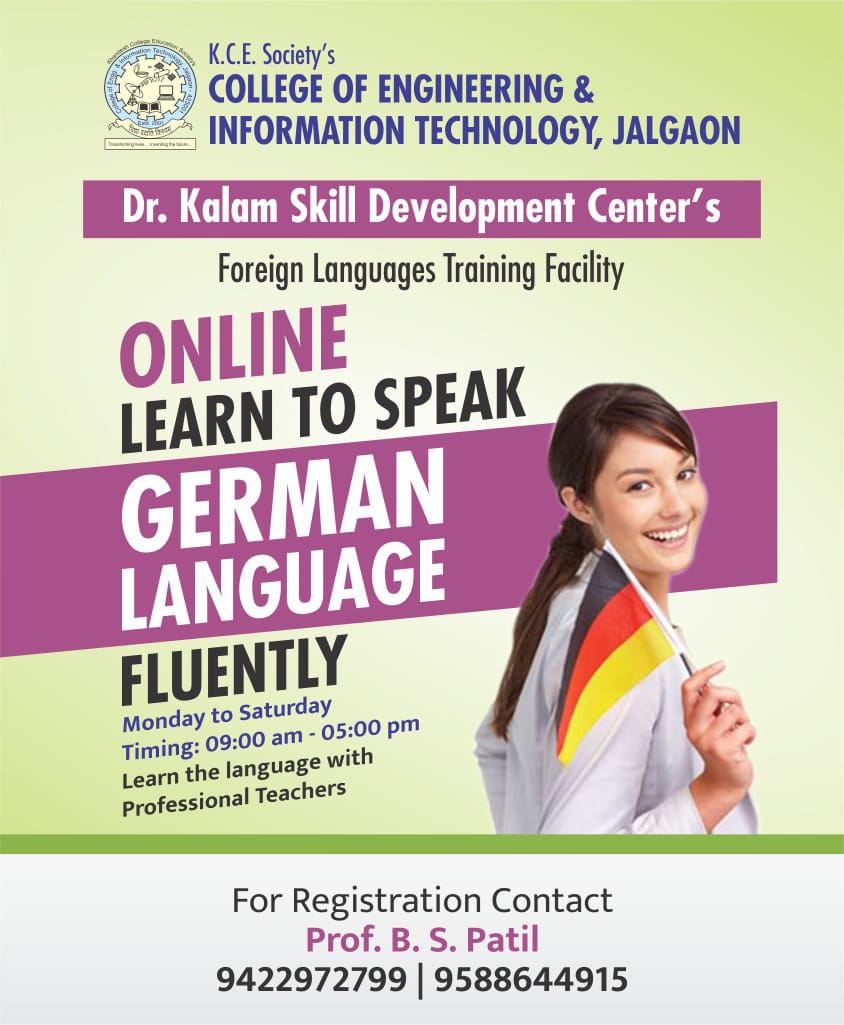 A Career in the German Language The current job scenario is such that one needs to be multi-skilled in everything. So, how can language be an exception? In this fast-paced world, one needs to go with the flow. Also, it needs to be ready to adapt to the dynamic changes and make them part of their lifestyle. The present job market is flooded with graduates and postgraduates. Yet, the problem still lies in finding a competent workforce. It is because the job requirements are far different from the skills that candidates possess. 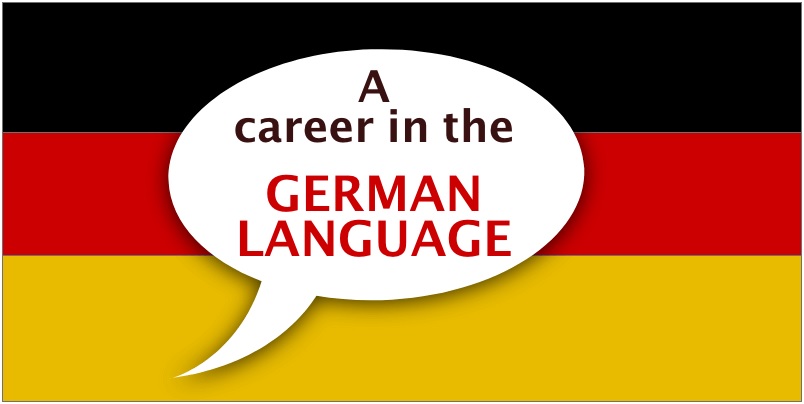 To bridge this gap and to get an edge over others, one needs to develop unique skills to be a deserving candidate. Knowing languages such as German, French, Spanish, and Japanese can increase one’s opportunities. The present world of business is no longer restricted to national boundaries. It is all about ‘going global’. Gaint companies have expanded their business to reach outside their country of origin. This has lead to an increase in international transactions like never before. The rise of international transactions has paved its way for exchange of culture, art, languages etc.

On the other hand, there are many barriers and difficulties when a company expands its business operations in other countries. One of them is the inability of professionals to communicate effectively with foreign associates. MNC’s such as Bosch, Siemens, Amazon, Volkswagen, Deutsche Bank etc. look for full-time and part-time employees with multilingual skills. It is with an intent to foster growth and run their international business smoothly.

Why should one learn German as a foreign language?
When one decides to learn a foreign language, the next question that arises is, ‘which one to learn?’. German is a rewarding language because of its wide acceptability and emergence of German companies in India. Other several reasons to learn German as a foreign language include:
• There are approximately 95 million German native speakers in the world. Austria, Germany, Switzerland, Denmark, Brazil are amongst the German-speaking countries. Moreover, it is one of the most learned languages and is currently learning by lakhs of learners in India. Nowadays, one can find quality German language institutes such as Goethe Institute, Max Mueller and more.
• There are many universities in German countries that have high academic standards. Learning this language can help them qualify for some special scholarship programmes.
• Career is one of the most important motivators for learning any language. German is considered as a language that guarantees a promising career to the learners. It is because Germany is Europe’s largest economy and the world’s second-largest exporter.
• Skills to speak German can open doors to various new opportunities. List of fields includes engineering, medical, logistics, automobile, literature, tourism, information technology etc.
• Companies that have set up their subsidiaries in India are in search of candidates with German-speaking ability. Therefore, learning this language can broaden career avenues for candidates.
• The companies that run businesses in different countries need employees with foreign language skills to be employed at overseas locations. They consider such employees for promotions and managerial positions. The entire process of expatriation is a difficult task for companies. Any failure in the performance of expatriates is a loss to the company. They cannot afford to take the risk of sending a candidate to a new country without basic language knowledge.
• Good command in this language paves a way towards new opportunities for candidates in the field of literature. Indeed, one can open a whole new world of possibilities as the German literature is appreciated worldwide.
• German language jobs are at a rise because of globalisation. The top-notch companies look for candidates with who speak German. There is no rigidity for German speakers to get employment in one particular field. The opportunities are spread in a wide range, and varied options are there for candidates.
• For those who are proficient in German, the career graph will continue to see a significant upsurge in the forthcoming years. German speakers have a safe and better position in the job market. It is because German speakers are in demand and seem to remain for many years to come.

The German Language Job Opportunities German speakers are always at a competitive edge over others. It is because companies consider candidates with foreign language skills to be more competent. The job market is filled with graduates and postgraduates. Yet, there is always more weightage given to applicants who own a set of skills besides academic degrees. Job opportunities for German speakers are:
• Translator – German speakers can get jobs as translators. Be it to translate English or any other language, depending on the requirements. Many companies prepare documents in different languages as the transactions involve international associations. Translators act as mediators between these companies of diverse backgrounds to translate documents, treaties, agreements etc.
• Sales Manager – International sales positions are always open for multilingual speakers. Most of the companies have expanded their sales operations in international markets. Hence, they need employees who have foreign language skills in managerial positions. This pushes the sales of the company to a new level, supporting the firm to achieve greater heights.
• Educator – Job opportunities for German speakers in the field of education are high. The number of German-language learners is increasing day by day. German speakers can get into lecturers, foreign language tutors etc. This job profile also has a great future ahead. The average salary for language educators is quite high as well.
• Tourism – Tourism is a field that offers a variety of highly paid jobs. Tourism professionals get national and international exposure as they are required to travel across countries and even the world. Thus, knowing many languages can get oneself in a better position in the field of tourism as well.
• Aviation – This industry has become one of the fastest-growing sectors due to the rise in air traffic. More and more people today prefer to travel by air as their purchasing propensity has risen. Hence, the travel destination choices of people have also changed from domestic to international. Aviation management is a field that is in high demand due to attractive pay packages. Jobs in this industry such as the profile of flight attendants, cabin crews etc. requires multilingual.
• Embassy Jobs – People who work at embassies as consular officers, consul-general, represent their country while rendering services in a foreign country. The jobs at foreign embassies are reputed and prestigious. Working for one’s own country in foreign countries is considered to be a matter of pride.
To get a job at an international embassy, one requires to possess foreign language skills. Such jobs deal with critical international matters. Thus, candidates with high competence and language skills are chosen for such posts.
• Journalism – Jobs of journalists and media persons are on a high like never before. More individuals are exploring this field and are opting for international journalism. Students are also focusing on culture, art and literature of different countries. To get these jobs, one needs to have multilingual skills. Also, one needs to have a good hold on the language to create the desired media impact on the target audience. There are many other German-language job opportunities for German speakers such as proof-readers, content writer etc. One can learn this language and explore the various opportunities available. Knowing a native language is no longer enough to stand out from the crowd. For that, one needs several skills.

Aims & Objectives of the Organisation

Due to language complexities, machine translation cannot be trusted entirely. The interpretation requires a human touch by understanding the concept, tone of the literary work, and then translating it accordingly. Machine or automated translators do a good job but not in comparison with human translators. They are more relied upon because translation is not just about changing the language ‘literally’ alone. It involves conversion to convey the same tone, feelings, ideas and emotions to the readers. It is otherwise not possible by automated translators.

In India, several German language translator jobs are available. The relations between India and Germany are strong in terms of Translators are required to convert the laws, treaties and other documents from the German language to the English language for Indian records that are maintained in English or Hindi. Such information is highly confidential, and only candidates with high language proficiency are eligible for these jobs.

Many plays, novels, medical notes etc. are also translated from German to English. It is to attract more readers and increase its scope among people from different cultural backgrounds. It has lead to cultural exchange, and German literature has gained immense popularity. Again, this has led to the rise in need of German language translators.

German language translator jobs are one amongst the best career opportunities for German speakers. Professionals of this field get paid off handsomely. People who have a creative mindset and love for languages find translation as a promising career option to explore. 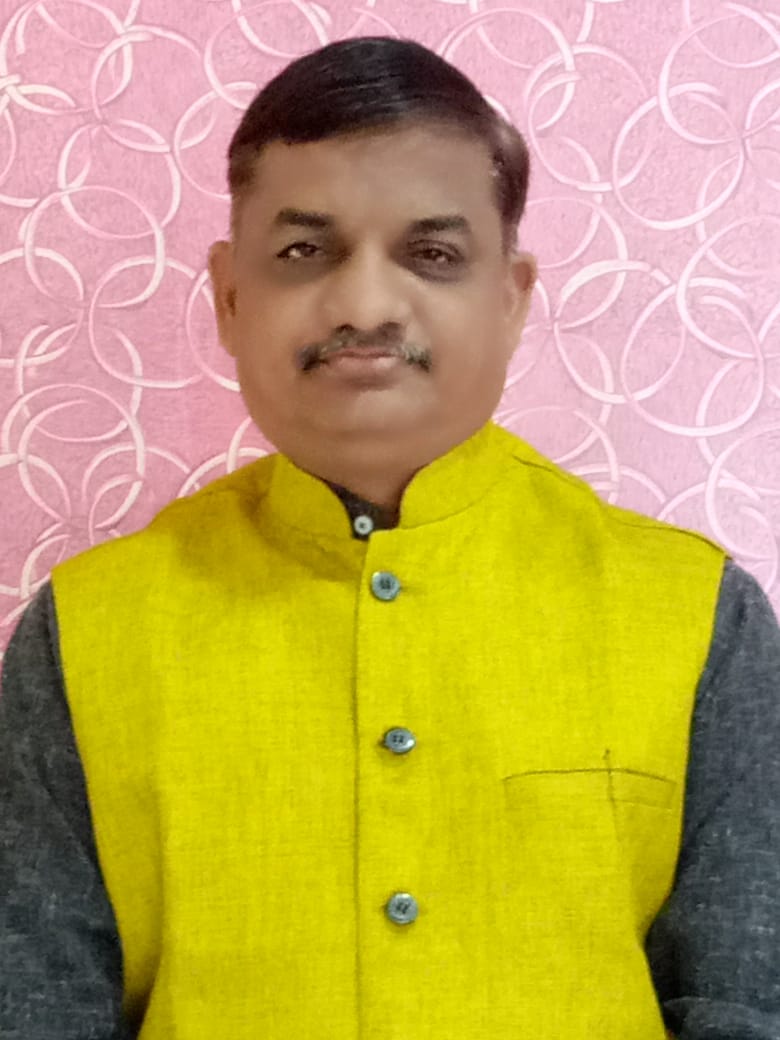